«All the good music has already been stritten by people with wigs and stuff».

Since at the beginning of the 20th century, some composers decided to completely abandon tonality, and Schoenberg invented dodecafony, the paths, paths and directions of avoiding the classics were so diverse that sometimes the composers themselves were lost in this new world of sounds, and with the performance of “4 `33“” N. Cage in 1952 and the need for sounds disappeared.
Almost every new performance of music that did not meet classical standards was accompanied by a scandal: “Excitement and screaming reached paroxysm. People whistled, blasphemed artists and composer, shouted, laughed,” recalled the premiere of “Sacred Spring” by the ballet dancer Sergei Diaghilev Romol Pulska. And this was not the strongest manifestation of feelings.

Today the audience at concerts and festivals, where the music of contemporary composers is performed, is more restrained, one might even say a little cautious and distrustful. Yes, and how to understand all these areas – Modernism, Expressionism, Futurism, Serial and Post-serial music, Intuitive, Electronic – this is just the tip of the iceberg called modern music. And how much more is hidden to the invisible eye and to the listening ear. If at the beginning of the 20th century it was possible to talk about various composer schools, now this need to put oneself in comparison with someone else has completely disappeared. The 21st century composer is a planet, or an asteroid, whose orbit rarely intersects with anyone – incomparable and unwilling to make such a comparison. Someone works only with symbolic signs instead of notes, some music is built on only and exclusively overtones, for some the graphic design of the score is more important than the sound itself, but the concept of “performance” forces the performers themselves to achieve fame for the composer.
And sometimes it happens that even after the performance of the work, his music and the condition caused by it, does not let you go. And I want to understand why this happened. Rarely does this understanding come immediately. The conductor, the first performer of the works of many composers of the beginning of the 20th century, E. Anserme, immediately after the last chords and the noise and dissatisfaction of the audience, sometimes repeated the work again with the words: “Well, if you do not understand it, we will play it for you again”.
Unfortunately, such an opportunity is rarely presented today, but several times I resorted to such a trick, repeating a work that impressed me. And it acted on the audience in an amazing way. They began to respect my choice, maybe not agreeing with it.
… from a speech on the forum after a concert with an ensemble at the Rheinsberg festival 05/25/2015

In his work, Juri Lebedev pays great attention to the performance of music by contemporary composers. More than 50 works were presented to listeners for the first time at concerts and festivals of contemporary music in Donaueschingen, Cologne, Berlin, Mainz. At the festival “Spring Days in Weimar”, he annually presents to the public new composer names with the “Ensemble of All Countries”, whose main leader has been since its foundation in 2013. The ensemble with great success toured Switzerland and Korea. 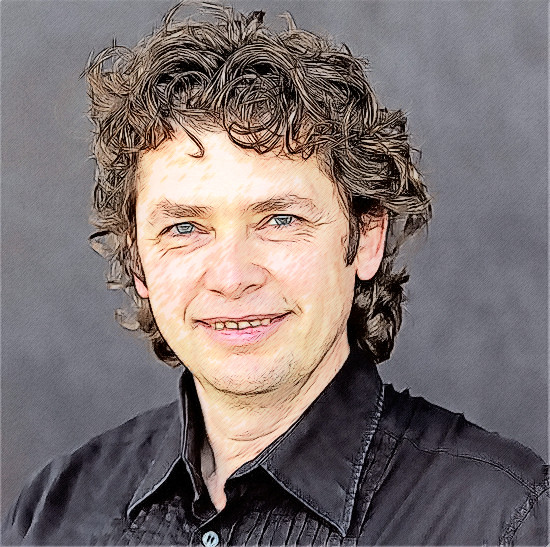 Video taken during the CORONA crisis, in which everyone plays in different cities